$900 Million+ in sales after creating a product should be reason enough to hear Vince Beretta!!!

Vince Beretta has some very defined business rules that focus much more on people and culture. Vince had a dream and idea that took him to the brink of poverty and literal homelessness. WALKAWAY is a program that allows car buyers to return a financed...

Season 2 Vendor To The Industry

Vince Beretta has some very defined business rules that focus much more on people and culture. Vince had a dream and idea that took him to the brink of poverty and literal homelessness. WALKAWAY is a program that allows car buyers to return a financed car to their dealer and have any negative equity taken care of. Hyundai bought and marketed the program and marketed it as HYUNDAI ASSURANCE. Hyundai grew 9% in a 22% down market. unheard of before or since!!! After this short promo you will be dying to see the full length show! WALKAWAY has been a blazing success with $900 million (CDN$) in premiums written and protected over $125 billion in car loans and leases! Select audio episodes available at www.jeffsterns.com

Have you learned any business lessons that you can talk about?

Yeah, hire slow. And fire fast when you know you've made a mistake with a with someone you've hired? Well not know. But your gut will tell you. And a lot of times you'll convince yourself otherwise, I think that you have to listen to that. So first of all, first and foremost, hire slow, don't be in a rush to hire someone, and just put a bomb in the seat. Take your time, find the right person, right people. But when you have made a mistake, you'll know it, and you'll know it. And act fast. Because culture will always beat strategy. You cannot execute strategy without a good culture. And it's about people, our product walkaways about people and companies about people, your strongest asset does not appear on your balance sheet, and it's your people. So number one, that would be my first number two culture,

I love it culture will be eroded down culture will beat strategy. And you know, that doesn't sound cold to me. At first I thought hire slow. Well, that makes sense. Don't make a rash decision. Make sure you get the right person in the position, make sure that they're adding not just Can they do the job, but adding properly to the spirit of the culture, etc. But at first I thought, Well, God that could be interpreted as a little cold, rip the band aid off fast if you don't, if you're not feeling it with the person. But it reminds me when I was a new sales manager of a salesperson in my dealership that I really liked a lot. And he was not performing. So eventually, probably four or five months beyond when I should have really done something, I sat him down and I said, we just have to part I'm really sorry, I love you. He goes, I've been waiting for this for three or four months. You know, I don't know what took you so long. But I actually subscribe to the fire fast because what I learned was, he went off and started a industrial, commercial, forgive me commercial cleaning business going into businesses and cleaning them at night. As a matter of fact, he got our dealership, as a client, he ended up probably five or six axing his income. He was on the golf course for five days a week because he didn't work till nighttime, I bumped into him on that golf course. And he thanked me not facetiously because we liked each other. He thanked me for letting them go, because he would have never made the move on his own. And what I realized is keeping someone in a position, forget about your own reasonable profit motives. Because if there's not profit, you can't help more people, you can't hire more people, you can't help more clients to profits important. But when you keep somebody in a position where they're not successful, you're really not doing anything for their psyche, because this fellow had to be feeling terrible every day when he got up and feeling a little bit like a failure. And in short order. He's on the golf course all the time making fabulous money and giving his wife and family what he you know, to feel more like a man he should give them, etc. So it's not doing anyone a favor hanging on to them, if they're not doing it for themselves for their own feeling of success. Yeah,

you know, a lot of people who hire especially in the startup business, you know, I'm the guy or it's a fairly tight knit, and you you make hiring decisions, you don't want to say to yourself, you're wrong, you know, oh, I was wrong on that, like, so you try to you make excuses for people. As soon as you start making excuses for people, that's time to let them let them go. Like, and, you know, for entrepreneurs that are out there that are, you know, building a team, you know, you're gonna make a mistake, and don't beat yourself up about it. Like, as soon as you start making excuses. And, you know, in Canada, we've got, you know, a lot different severance laws and, and whatnot. And you just, you learn, you write the check, you pay them out and away you go, like and move on, you're, you're you're way better your organization is way better, you know, by doing that than it is hanging on to, you know, a poor fit, or someone who's you know, who's not who's not doing the job. And Yep, you made a mistake, it's your fault, take the lumps and move on. So that's number one, hire slow, fire fast. Again, this is a lesson lessons. As an entrepreneur, you have to be as an entrepreneur, you have to be good with someone doing the job differently than you would have done it and you have to be open to the way in which they're doing it is better than the way in which you would have done it. If you're not open to those two things. You might as well not start because you can't scale your business without people and they're going to be doing something different. And if you want them to do it the way that you wanted to do it, then you better fucking do it. And if you're going to do it and micromanage them, Then you know what, they're not going to stick around. So you have to be okay with someone doing the job poor that you are, then you would have done it, you have to be okay with that, because they're not going to have the same passion and motivation and everything that you bring to the table as an entrepreneur and the person that created it. So if you, if you're not open to that, then you're not going to be able to attract talent, you're not going to be able to give them autonomy. And if you are the ubiquitous control freak, entrepreneur, which there are too many of but if you're that person, that's going to be tough. So be open to people doing the job differently than you would have done it, but also be open to the way in which they do and to be better than what you how you sought to do it. Right. So that's number two, number three, replaced myself, I said to a contractor one day, I said, as a good contractor, you should work yourself out of a job. If you are a contractor and you create reliance, if I have to rely on you permanently, you're not the right person for the job. And that holds true for CEO and entrepreneur, your number, your last job, your first job, and your last job is to replace myself. It is highly irregular, for the entrepreneur, to be able to go all the way through, you know, the 22 or 22 years that we've been in business without replacing yourself. And, you know, I've replaced myself a couple of times, you know, I have a partner Robert Varga, who is now president and CEO of our operations company insurance insight Incorporated, which is registered Insurance Brokerage here and here in the Toronto region. And Roberts created, you know, massive gains in the company as a relates to culture, you know, team and those types of things. I'm not that guy. And Rob is and I had to replace myself with Rob, and I have to be able to put my trust in that. So those are the three I think those were the three big lessons that I've learned and looking back, and I think that they apply for anyone and everyone who starts their own business. And I think that, you know, that wouldn't apply to jack welch or anyone else to being CEO. If a company can't run without you, then you've not done your job.

jack welch from Alec Baldwin's idol in 30 rock. There you go. This has been Jeff Sterns connected through cars. 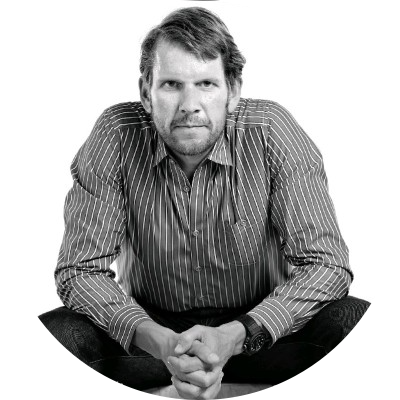 Vincent Beretta is an international entrepreneur who pioneered vehicle return insurance in 1999 and trade marked it "Walkaway."

WALKAWAY gives people the ability to return their financed or leased vehicles midway through contracts and walk-away from negative equity; the difference between what is owing vs the actual cash value (depreciated value) of the car. In times of need, consumers relieve stress while protecting credit ratings and savings.

Walkaway is the backbone of five widely recognized national programs and combined with over a thousand independent auto dealers has protected nearly 3.5 million vehicle buyers totaling $125 Billion of consumer finance and lease commitments.

In 2009 Hyundai Motor America was the first manufacturer to license WALKAWAY naming it “Hyundai Assurance” and launched the program in the depths of the 2008-2011 financial crisis. "Buy any new Hyundai - lose your income - return your car." The campaign went on to win multiple advertising awards and "Assurance" is still recognized as the most effective automotive sales incentive in history.

Vince is a keen follower of consumerism and consumer debt and how it affects us individually and as a society, he lives in Toronto with his wife Miranda and two children.