...BEFORE YOU BUY IT!! (SAAB by GM) | An analysis was done after the purchase. Why?!? WARREN BROWNE 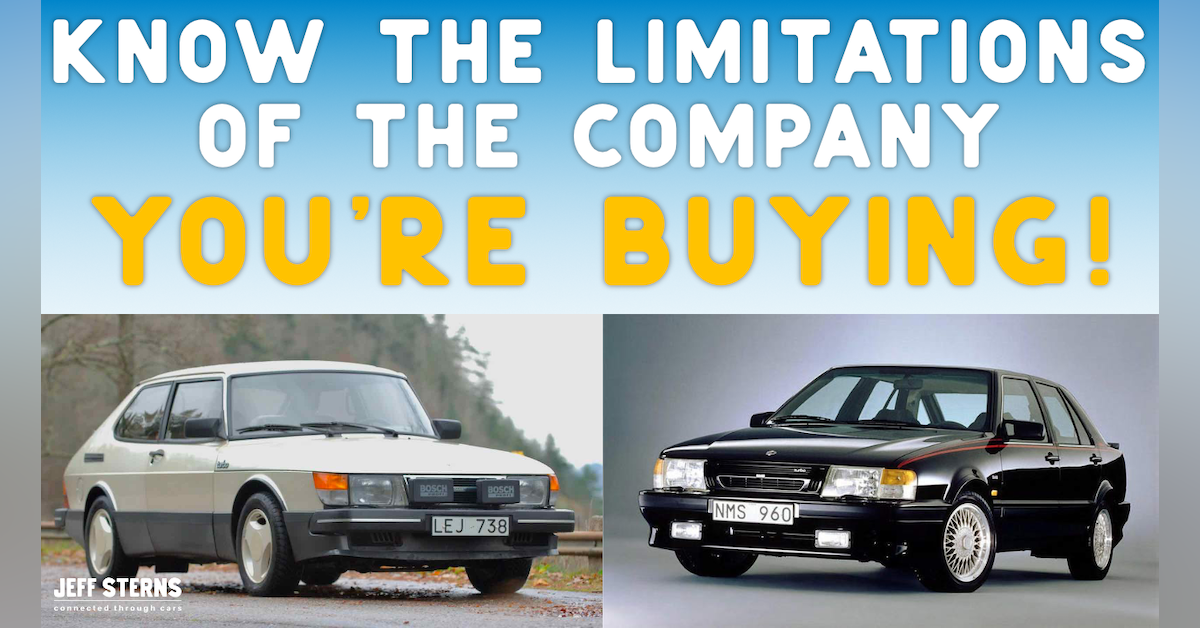 1:16 5 years before GM bought Saab, the Wallenberg family didn't make any money.We were hell bent on buying because we were GM. And we could turn that baby around because of our sophisticated management and manufacturing techniques 2:27 Saab was in...

1:16 5 years before GM bought Saab, the Wallenberg family didn't make any money.We were hell bent on buying because we were GM. And we could turn that baby around because of our sophisticated management and manufacturing techniques

3:41 the income level of a Saab owner was higher than a Mercedes owner

5:29 They put the report in the wastebasket

8:04 When you'll want something bad enough you jockey the numbers and it all works except it's gotta' work in the market

Unknown Speaker  0:00
After we bought 50% of them, Jack Smith came in to me and said, I want you to do a market study on sub market potential around the globe. And I thought it was kind of funny at the time like, well, we bought them. When you want something bad enough, you jockey the numbers. And it all works, except it's kind of work in the market. Not on paper.

Unknown Speaker  0:31
Jeff Sterns connected through cars, if they're big wigs, we'll have him on the show. And yes, we'll talk about cars and everything else. Here he is now, Jeff Sterns,

Unknown Speaker  0:47
the one that pains me a lot. I got to give you some background on so this is no a portfolio limitations of the company that you're buying. Before you buy it. So that's kind of pedantic, right? I mean, in terms of Yes. Okay, so, the Wallenberg family who owned sub, never made a Nikola, best as I can tell from urban legend in the financial community, five years before General Motors bought Wallenberg family didn't make any money. But we were hell bent on buying. Because we were General Motors. And we could turn that baby around because of our sophisticated management techniques and our sophisticated manufacturing techniques. And we did we bought 50% of them. Okay. After we bought 50% of them, Jack Smith came in to me and said, I want you to do a market study on shops, market potential around the globe. I thought it was kind of funny at the time, like, well, we bought them. Right. And so I did. And there's a there's a there's a there's also a lesson learned there never never pass down an assignment to an underling that the executive vice president gives you and ask you to do it directly. Because you can only get yourself into trouble. And I did, but we will. We won't go into that. So I went off. And and what I learned was Saab was in 123 countries. And it had basically two cars

Unknown Speaker  2:32
was a power and a van right or did the van come later

Unknown Speaker  2:35
later. They had two cars, they had a 900 and a 9000. And the 9000 was basically an engineering amalgamation that was combination of fiets car and was flattened Renaud I think it was a it was a he wasn't even all there's you know, the sahab the Saab heart, okay. So I did. And I used I used Volvo as a proxy of the work that I did, and I won't go into the technical details. And I went through it all, and basically said, you know, what, what would in some of these countries where we don't belong, you know, if Saab did 25% of what Valvo did 25% Because the two biggest markets for Saab at the time was the United States and the UK, EU, the Brits love sub. Okay, they have right hand drive, the whole thing worked. And, and if you were in a college town, you bought us up in the United States. Okay, I mean, the the income level of a Saab owner was higher than a Mercedes owner. Okay. And in terms of income approach, etc. So I went off and I did it you know, and I came back to Jack and I said you got three problems. You're In too many countries. Too many countries where your your volumes peanuts, you're wasting your your effort in peanut countries. To your main country of profit is the United States. And here come the Japanese Jack. They are not gonna survive. When these Japanese luxury manufacturers get cranked up. It's not gonna happen. And three, they got two vehicles. It was like it was it was like the only other time I've seen that mismanagement was in Saturn. When Saturn was expected to survive on two cars. Good luck. The best distribution network in the system, too. Two cars. That's all they had. Okay, stop two cars. So I came back and I said, Jack, on a good day. They could sell 100,000 globally. That's it. And that was your forecasts from the analytics department. He said, You have to send this this report to sop. I thought that was kind of funny. Like, you mean, Jack, you're not gonna send them the report? No, because he was the one that got convinced by them. You have to send this report to stop. So I did. And you know what they did with it. They put it the wastebasket, time went on. This is deeper Secrets Revealed. Time went on. I mean, I went off to do Brazil. Okay. This is this, this is ProShow. This is must have been 1988 8989. I went off to Brazil. And I've never looked back to find out what the heck happened. This is what I do know, shod continued to lose bunny. They never really got the portfolio that came close to competing with Volvo, let alone BMW. And we bought the other half of them. Because once we had them all, and we owned 100% of them, there was no holding us back. Van, we could really, we could really fix them. You could dominate the world at that point. It didn't happen. So it doesn't exist today. I don't think I've ever made money in the whole time. Don't don't hold me to that. But I will bet a steak dinner that they didn't make money eight of the 10 years that we own them. And it's horrible. It's like, it's it's plain as it's just plain as day. How can you think about making money when you only have two vehicles? And the rest of the world especially in Europe, I mean, you're competing against Landry Rover and Jaguar in the UK. You're competing against BMW and Mercedes in in Germany, and you're competing against Volvo who was a global player wasn't doing that well, either. And, and we

Unknown Speaker  7:07
will we didn't we didn't do well. We could have done better. And ultimately, the bankruptcy you know, bankruptcy fix a lot of that stuff. So that's the know what you're buying before you buy. It's pretty simple. But to buy it and then say now tell us what you think it'll do. And that called due diligence. Normally, it's I didn't say I didn't say that's what the business case said. Jack Smith asked me what you think they're gonna do. Okay. And because I was in charge of overseas forecasting at the time, and I finally got my head on right as to who was supposed to do the job and that it wasn't supposed to be delegated, because he knew the political friction that existed. Okay. He asked me what he thought that I didn't say that was the business case. When you'll want something bad enough. You jockey the numbers and it all works except it's kind of work in the market, not on paper. 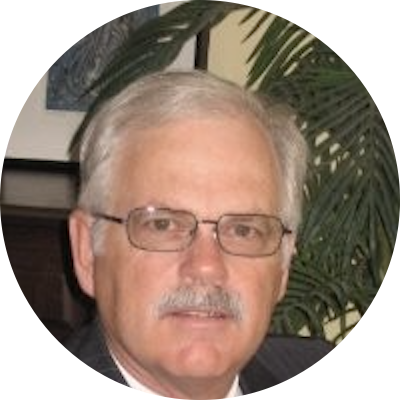 Warren is first a husband and father. Currently learning how to fly a jet and looking to get into tournament bridge, he figures it's safer than skiing the Swiss Alps where he almost spilled his brains! Warren went from pool hall to mail room to international executive level which took him to places like Brazil, Poland, Germany, Russia and Switzerland. Warren retired from GM only mos before bankruptcy took 75% of his pension and nearly his entire (GM stock) nest-egg. Warren runs a successful consultancy to the industry now.
He currently serves as an adjunct professor of economics at Lawrence Technological University.