0:10 he was good looking, and he knew it.
0:27 started texting with a client.
1:10 by the time you cross the line is too late.
2:29 the dealership actually fired him.
3:26 When I first got to Florida,...salesperson would not stop calling me calling, calling calling
4:24 if it doesn't work out, I don't want to get a bad survey.

Unknown Speaker  0:00
This window is an actual sales manager. Like and he No, maybe he was a GSM, actually. And this was a person that was like, he was good looking, and he knew it. And he just had this like persona about him. And he carried himself the right away. He knew what to say, who's a great guy? And how does your common sense leave you, I have no idea. But this guy, you know, started texting with a client. And after the purchase was done after everything was, you know, completed. And, you know, things are okay, until they're not okay, we had talked about that before. In the heart, the difficult thing is that, you may think they're okay all the time, but the other person is the one that all of a sudden is not okay anymore. It's never about intention. It's always about perception. So this guy probably never meant to it, to do any of it. But the text messages starting started getting a little bit, you know, like,

Jeff Sterns  1:05
this is a manager or general sales manager and a customer,

Unknown Speaker  1:10
a customer. And so they were flirty, and they got more flirty, and more flirty. And she seemed to be okay with it. Next thing he decided to like, just take a shirt off and send them send a picture of the shirt. You know, with the shirt, at least that that was it. If she she didn't like that anymore, that she was like, Ah, now we crossed the line. But when do you know that you're crossing the line unless they tell you that your profit line. And by the time you cross the line is too late. It's done.

Jeff Sterns  1:40
I think about HR liability, where sexual harassment or hostile work environment or whatever, or ethnic this and making it so something about work environment and then causing a liability that the dealer or an owner or business owner may need to write a check for? Is that does that liability exist when it's customer and employee? Absolutely. Oh, interesting. Like sexual harassment for a cost from a customer? That's the same liability is in the workplace?

Unknown Speaker  2:12
Well, no. Okay. So so let's answer that that question. No. So in this particular case, she could have gotten after him directly, Sibley, she could have gone, you know, after him directly for that, she complained to the company and the company, the dealership actually fired him. Because it was like, the thread of text messages was sent copied, everything was sent over. So there was like, you know, come on, that was just poor judgment. So no. So that was that would not have been through the EEOC, the Equal Employment Opportunity Commission means that would not have been that way. So as an employee, then you would then go to the EEOC, file a claim for sexual harassment, and then it goes that way. And then the company has to, you know, investigate, find out if it's founded on founded. And then most likely, nine times out of 10. You have to just sell just to make it go away.

Jeff Sterns  3:13
publicity what Yeah, right. It's just the pain, like, wow, you know, a manager sending shirtless photos. You know, I may have done something like that, except I knew that that would end all flirting, if someone saw me with my shirt off, but that's for a different job.

Unknown Speaker  3:26
When I first got to Florida, and I bought my first car, I did my whole process, bought my car, everything was fine. And oh my gosh, three days after my salesperson would not stop calling me calling, calling calling and wanting to go out. And I was I was really freaked out because that was here by myself. I just got here. It was, you know, 2001 and I was by myself. And so it was a little creepy because he knew where I lived. He had my address. He had all my information that guy

Jeff Sterns  4:02
right? Well, right of court now before I was married the first time Oh my god, you know, 25 years ago. That was where I got a lot of my prospects was of course, somebody that somebody that bought a car but you know, we're always walked prospects, we're always walking in the line of you know, if it doesn't work out, I don't want to get a bad survey. Luckily, you know, never came in never got you know, I never had an ugly situation. I married one of them, you know, customer wants also. But Max's mom, but you know, it's funny, because we had a outwardly gay employee that you know, so we won't mention the store that you so let us know that sexual harassment would never be reported, but only rated. He would say that to me. When I would do a sexual harassment training. I'll say you know who I'm talking to. Okay. Absolutely. One of the the most hurtful things he ever said to me is he says, Jeff, your wife is so cute that is the only female that I would ever think of being with. And I said, Well, that's terrific. What about me? Because now you're not my type. I said, so you'd switch before you'd be with me goes Yes, I said, Okay. So, you know, that's really, that's really wounding. This has been Jeff Sterns connected through cars. 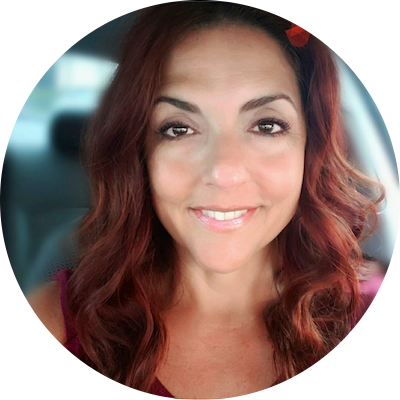