I started my career like a car designer in 1988. In studio, Deltona, Lamborghini Miura Countach, I decided to accept the invitation by Pininfarina. And they selected my interior proposal f 50 f 40 f 355. The project was the new California, fat rich American clients.

Jeff Sterns connected through cars, if they're bigwigs, we'll have him on the show. And yes, we'll talk about cars and everything else. Here he is now, Jeff Sterns,

Jeff Sterns connected through cars. I'm speaking a little more slowly today, because I have my good friend Mauricio Corby, of senior designer of Pina freenas Studios in Italy, whose primary language is Italian on. I've been told that I speak quickly even if your primary language is English, so I'll have to go double slow today. I'm very, very excited. And I suggest that if you're listening on audio that you change and go to Jeff sterns.com. And look up the video version, because Mauricio will be sharing some beautiful art with us and some of his handiwork in designing. So welcome to you moderate SEO. Thank you for coming.

Thank you, Jeff, for your invitation. Honor for me.  How are you this morning.

Wonderful. And I'm looking at my notes here. Marie, do you mind talking a little bit about your career? And then some of the maybe the Ferrari projects that you've worked on?

Yes, I started my career like a car designer in 1988 in studio Bertone, many people are addicted of car design know very well but on because in that time, Bertone was a important who then Pininfarina. Pininfarina was involved with a Ferrari project and Bertone for Lamborghini project. So for example, the Lamborghini Miura Countach, both our masterpiece designer the by his studio Bertone, but reality My dream was to work in Pininfarina, because since I was a young boy, I was Ferrari fan. So for me, starting to work in Pininfarina really could be fantastic. So past one year in Bertone, I receive an invitation by Pininfarina studio, I cannot believe what could happen, and I decided to accept the invitation by Pininfarina was spring 89 and my main summer job Ferrari 116. And commercial name was a Ferrari 400 was the return of a Ferrari engine in front of the car. Beautiful car,

Ferrari 400. This is the two plus two with the backseat right or No, exactly.

And they selected my interior proposal. So the first edition of Ferrari 456 and the interior is mine. So another beautiful project arrived in our studio was the F 50 arrival. After the F 40 Ferrari people was enough surprise the two sensor with the F 40 because the effect was the body was 328 and they asked to prepare race car changing all in the bonnet and the tail adding big larger wings on the back really very soon. price for everybody the successor. So the F 50 are either to reply, the sucessor, the F 40. In other architecture, open was spider or studio prepare. And finally, this Ferrari stuff, selected them many, many parties over the difference for different proposals. So it's a sort of patchwork,

nobody would think that when you look at it,

then one year later, I design the F 355. They selected my side. And then the front. The detail the rear is from another colleague you

designed the front of the Ferrari 355.

Is it also the new side with a new air intake? So we arrived in December 92. My director asked me to start the new research for the new the project was the new California in December 92. I told you we're up to rocky asked me to start with this new, exciting project. He's idea using over there for under the 56 and with shorter wheelbase and make a new convertible. So the new California but then during the process, the Ferrari CEO, Mr. Luke Montezemolo, decided to make a new coupe not convertible finally the name began. f final but the original the project was New California,

then California arrived many years later, but shorter, not 12 cylinders, eight cylinders. So I has been the 550 Maranello, very hard process and project very longer, many many changes during the process, very stressing, but finally I think it was a one hour the best production Ferrari in the last 20 years.

You think the 550 Maranello, which was the Grand Touring body 12 cylinder front engine gated manual transmission, you feel that this is the best Ferrari in the era.

Were you involved with the Ferrari 456?

the exterior. Are you familiar with the Ford probe? I remember not so in detail on my remember for the probe. I'll put photo of four or five, six and photo of Ford probe. I thought it was a similar design on exterior, your interior perfect. Were you involved in 360

another project very, very strange stranger. He decided to change the architecture of the car because he was very sensitive for American clients. His opinion was the first one should see was not so comfortable for the fat rich American clients. So why is it really risky? to do research? they selected the proposal over the another colleague is funny mouth for me also. So must be very hard.

Do you think that Ferrari got to large with the 360

they had more space to wear a hat because

very important, very important to wear a hat in your Ferrari but overall design language of 360 we over here in US market we had 360 spider 360 coupe right. Or did we call it barchetta? Yes, yes. So but is this car in public portion larger than you like,

I think is too wide. Not too long, maybe too, too wide. This kind of Ferraris, berlinetta usually was a little more compact. But the New Deal for this kind of cars to house the catalytic in the rear to be more strong before crash test. So push the engineers to have a shot see bigger

understand. So in this case, which kind of goes against you and goes a little bit against Pininfarina. The form came a little bit after the function instead of starting with pure design. Is that right? Yes. So what did you work on after 360?

The new the new ENZO not selected my proposals. And then the last one has been the California selected the front side, the front is my over there.

and that's right, California came after 360 i would i my brain was behind because we went from five

project varieties. Then they selected my proposal. It then Harare started to work in a day or a studio inside the factory. Now Pininfarina continues to collaborate with Ferrari in competition, but then they decide to work alone. There's studio in Modena, many many clients are today arriving from Far East, China, India, Vietnam, some some collaborations with the European company. Also, for American companies, many many projects are arriving from China for example,

and this is to be clear, this is not Ferrari, not for rice. Okay, so Pininfarina studio is working on projects where

not only they are this moment they are talking with the Ferrari people to try to restart collaboration with them. I hope it is possible because they tradition both the company in Ferdinand Ferrari been partners for many years making beautiful cars and read masterpiece.

Do you know why? Or can you say why Ferrari decided to take everything in house

because they spend a lot of monies to create the studio inside with the director, many designers so as normal is a is possible to understand they want to make alone

Okay, but it's not because of a disagreement or something.

No no no, not for this reason. Maybe also the dead with Sergio Pininfarina and then over the sun umbrella change the situation the relationship between the companies is changing.

Okay, so purely economic reasons or normal migration for a manufacturer to take their studio inside. I understand this is the life

This has been Jeff Sterns connected through cars 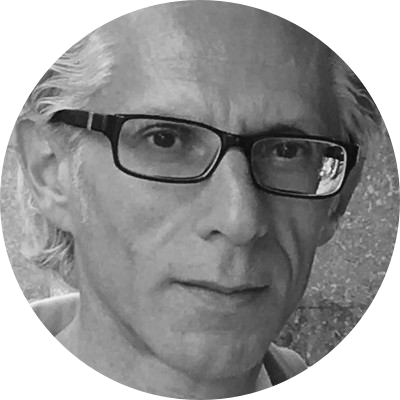