3:34 Jeff's relationship with George started when he was General Manager of Rolls-Royce. George was the first employee of Rolls-Royce through BMW.
4:05 was called over to Germany. And when that happens, you're never quite sure if it's good or bad. It's usually bad.
5:33 George's neighbor (Cadillac sales manager) took George to the dealership to wash cars at age 10.
6:49 George travelled to every R-R dealer in the USA and reduced the number from 41 to 29.


8:24 BMW supplied V-12 engines for Crewe-built cars.
9:47 Volkswagen was trying to sue BMW because BMW is buying Rolls Royce at a much less expensive point than Volkswagen was

right in in 1959 in Ardmore, Pennsylvania.
And then you ended up not a car guy with your first real career. Xerox?
11:43 George veers off his automotive path and worked for Xerox.
13:01 George applies successfully to BMW. Leaves Chrysler.
15:46 In 1975 only 17% of USA heard of the brand or knew that BMW was a car.

2:26 The Phantom mock up car in a secret room in an industrial warehouse with a sheer cover being raised to opera music... a client cried one time! Client got to sit and speak to the car's designer, Marek Djordjevic.

5:17 sometimes to meet a client's time schedule on an ordered car, Rolls-Royce would fly the car from England to USA.
5:48 Rolls use Amex Black Card staff to assist Rolls-Royce owners who pushed the car's "assist" button. This could help with hard to get tickets or restaurant reservations!
6:49 one of Jeff's Rolls clients planned to don a waiter's outfit to get into a white-tie event that was out of space!
9:00 George shares a little known complex legal story between Rolls and Bentley.

12:09 BMW had an agreement to supply the engines to Volkswagen for Crewe built cars,

13:17 culturally, when something like this happens in a German company, the first thing they do is decide who's going to get the finger pointed at them. 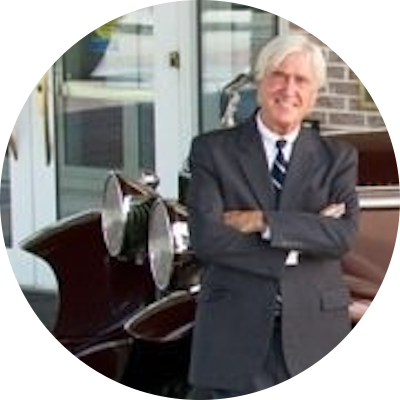