WHAT HAPPENS WHEN YOU DON'T RACHET DOWN THE TARGA TOP ON YOUR NEW '86.5 SUPRA?!?

Vendor To The Industry Car Condo

1. he was flying down the freeway and...

2. he tried to hide the mangled roof from his Dad and...

Jeff Sterns  0:00
I want to wrap up with your Supra story with the roof flying off your what 16 going down the freeway in a Supra.

Unknown Speaker  0:09
So I was very fortunate that I had a grandmother who bought all her grandkids really nice cars. So the mid 80s having a super was like that was exotic car and people who sell as your dad's car he that's your dad's car. And I my father was a car guy. So he was the one picking up the car. So we were very, very fortunate that my grandmother said, I want to buy each grant get a car my father, like, literally my father went to the Phoenix Auto Show. He was in Arizona visiting my brother, he went to Phoenix auto show he bought the car off the floor. It was actually the auto show demo, the car was even out yet. I even know what it was. And I come home and everyone's like, this is like the greatest car whatever they want. I had this car. It was a Supra turbo Targa 1986 and a half, which is the kind of like the early I don't have. It's called a Gen two, I think

Unknown Speaker  0:54
Oh, yeah, I'm actually looking. I keep looking for one girl crazy high, high mileage but at some point on Saturday Oh, and I on the 94. And I own that I have the eye on the current one, which is a really cool car. But to have this car, the target tab was a cool innovation. Even though the windshield moved back and forth lady drove, but it had four volts on a unit with a rat with a ratchet you had to ratchet off. Well. My buddies and I, at the time I was there's no there's no actually there were cell phones just starting. And you had a curly q antenna on your car. And if you had a curlicue antenna in your car, you were you were like, cool. Well, I couldn't afford to fall on my parents weren't give me a phone, whatever. So I had a fake curlicue antenna on my car. And on the back of stuff,

Jeff Sterns  1:34
they sold them at the carwash.

Unknown Speaker  1:36
Yeah, just stuck to the window. But we all got it, we all decide, you know what we're gonna give CBS. That'd be really cool. So we get CBS. We installed them in the dat under the dash. And they made a CB antenna that looked like a cellular antenna. So I'm like, Oh, this is like this is the greatest thing on earth. So we wire the CBN I fish this whole wire up through all the the eight pillar and underneath the molding and I clip it to the target tag because the only place you could clip it to because you had to it had to like clip with a little screw on it. So I clip it to there. And we get the whole thing wired up. We're actually like a, you know, audio visual, you know, place it was like, forgot what's called the famous place in Detroit and I'm blanking on the name. Yeah, what is yours? Yes, yeah, says Nikki show. Vicki shores. So get the whole thing wired up, all hyped up are talking to my buddy on the CB. It's all working. It's great. And I leave that place. I hop on I 75 and I'm driving along and all sudden, apply guns 75 all sudden, the world the skies just open up and there's all this noise in his car screeching behind me and also, I don't know what's going on. But the dash like half the dash gets ripped out of the car. And I'm like, I looked behind me there's cars skidding everywhere. And I pull over and I realized what happened. And I first of all, you know the roof is down the road. That cord pulled everything out with it. That was what the antenna and this car is like going crazy. And I'm running down the freeway and I was crying. I'm running down the freeway, and I go pick it up in the roof. The target top is mangled. Okay. Well, the end of the story is so I'm driving home thinking how am I tell my dad that I this happened? because he'd always say to you make sure you ratchet that down. Make sure you ratchet that down. So I got home, I go in his garage, he had a crazy tool set. And I take a rubber mallet and I just pound the thing literally make it flat. But all the paints gone. It's all wrinkled. And part of the part of the headliners burned off like melted from running along the freeway. And I put it down I get to I'm able to ratchet it down. So I got my mind. I'm gonna tell my dad someone tried to break into the car.

Jeff Sterns  3:41
You're coming up with your store.

Unknown Speaker  3:43
Anyway, we go sit down for dinner, family dinner and my father walks in he goes, so he didn't match it down the time. He goes that looks pretty bad. I go well, you haven't seen the interior yet. That was one of my more memorable stories ever. We've had lots of those lots of those stories that was sort of the most the craziest one My father has stories from from the early days of just crazy stories of backing backing out of driveways were cars leaving the door open and the cars coming by and just taking the door off and then driving for weeks with no door like what do you don't do nowadays?

Jeff Sterns  4:20
Oh my god. Now Was there any Was there any consequence now? I mean, did the shit hit the fan? Or like Did he just say hey, you didn't listen digit.

Unknown Speaker  4:30
Only hit the fan. They respect that. The car was bought for me, but I had to pay for everything. So I was I had businesses since I was five years old. I was detailing cars, power washing, power washing decks and boats. And, you know, I had to come up with whatever it was at the time. I think it was like 13 $100 was freaking a lot of money.

Jeff Sterns  4:46
Oh, cool. Yeah, massive in the 80s. The crazy. So two things. First of all, you know we've been doing this podcast since February. We've had Derrick Bell five time Lamar winner. We've had Warren Brown who built The General Motors plant in Russia. We've had some interesting people. I think that's my favorite story. This has been Jeff Sterns connected through cars. 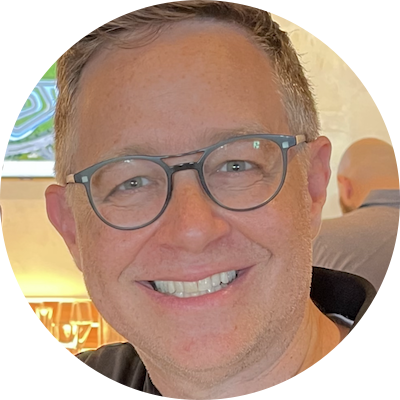 Brad Oleshansky spent the first 12+ years of his career as an entertainment attorney in Los Angeles, CA, including roles at Virgin Records, The Walt Disney Company, a boutique Beverly Hills law firm and several global marketing services agencies. He moved home to Michigan in 2004 to join digital marketing firm Big Communications in its infancy as Chief Operating Officer. He oversaw the rapid growth of the company as it focused solely on the pharmaceutical and biotech industries, and then orchestrated its sale in 2008 to Meredith Corporation (NYSE: MDP). After the acquisition, Brad took on the Chief Executive Officer role and was responsible for the consolidation of all healthcare related business under the MXM Health brand.

Brad left Meredith Corporation in December 2012 to develop and build M1 Concourse (www.m1concourse.com), a $75M+ auto enthusiast destination in Pontiac, MI. Against significant odds, Brad built M1 Concourse into the largest private garage community in the world and the premiere destination for automotive inspired events. Brad exited M1 Concourse in early 2019 so he could launch The Motor Enclave (www.themotorenclave.com), the first ever unified brand for experiential automotive communities. The Motor Enclave is currently developing projects in Tampa, FL and Nashville, TN.

Brad is a graduate of Ithaca College (Ithaca, NY) and Southwestern University School of Law (Los Angeles, CA). He is a member of the California and District of Columbia Bars. Brad is an active member of the Young Presidents’ Organization (YPO) and on the advisory board of Ann Arbor, MI based venture capital fund, Huron River Ventures. He is also a board member for ORT, a global charity focused on education.

Brad is a two-time winner of the prestigious Ernst & Young Entrepreneur of the Year Award (in 2012 for Big Communications and 2018 for M1 Concourse), and currently serves as a judge for the competition.