2:50 Jeff & Steve met at Sarasota Winefest. Later, along with a gang of exotic car nuts also attended Barrett-Jackson and Amelia Island Concours d'Elegance! 4:40 Monaco, f1 races... 5:40 Ferrari factory in Italy, got a VIP tour. 7:43 Steve Huse- of St. Elmo Steakhouse in Indianapolis. Is this a top 10 Steakhouse. 11:08 we have a bottle from 1902 Chateau Lafite Rothschild 11:27 Stephen sold 34 Arby's a year and a half ago. 14:45 "try to cover by owning real estate as much as we can. So if something didn't go well we get converted to a different use and become a landlord. And that's that philosophy turned out to be a saving grace" 15:04 In and Out Burger. 17:15...to look back now at some of my teachers have probably thought I was a real below average guy. And I think mostly I was so bored in fifth grade school, just bored to pieces that, my behavior was not as good. I wasn't a bad guy just tended to be sometimes outspoken..." 17:44 Jeff: "... sometimes I meet hundreds of people in a month. I mean, financial success is certainly not the only measure of success. And it's definitely not the only measure of success with you. But certainly I've run into a lot of people with the ability to buy what I was selling, which could be this new kind of car, whether it be Cadillac, or whether it be Landrover whether it be exotic car, or BMW, whatever. And I cannot tell you how many of them let me know how below average students..." 18:23 Stephen: "I've always said the A students become doctors, the B students become lawyers and the C students hire both of those professions." 18:30 Jeff: You heard it here first, folks. 19:03 Stephen started a pizza chain, (Noble Roman) notching it up to about 130 stores and took it public on NASDAQ, right after Arby's. Then had Mustard switch was another upscale casual restaurant. Then steak and shake. 19:27 Stephen was hired to come in as a turnaround guy. 20:16 Stephen ended up moving Steak n' Shake from NASDAQ, the New York Stock Exchange. 23:35 on hot chili oil, sesame oil. 24:57 Stephen: " I lived in a little condominium. It Had no furniture I had a TV I bought maybe a Costco or Sam's. A cardboard box-that was the table. Lila and I were dating and we sold the two cars, we leased two other ones so we get some capital buy furniture. We still have some of that furniture." 29:00 Stephen is hospitalized 100+ days for COVID...almost checked out... 33:48 It was a littler airport with no control tower and people on a weekend flying in and out of there using whatever runway they felt like. And I thought it was kind of dangerous still do I look back on that one thing? Why did I ever do that? 36:37 Jeff: (selling cars) "I lost money on every deal. I always made it up in the volume." (Thank you Dave Sterns for that one!) 36:39 Ferrari tries to take Stephen's whole restaurant for a week . 42:42 What's in Steve's garages? 47:16 Why Stephen doesn't like to buy the first year of a car: the best. 47:35 Stephen's definition of success: 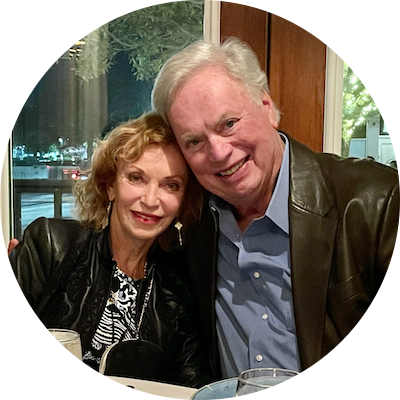 Steve Huse was born about about 8 miles from the Indianapolis Motor Speedway which might account for his love of fast vehicles of all types. Over the years, he has owned Corvettes, BMW’s, Ferrari, Mercedes, Porsches, Bentleys, Rolls-Royces plus a few odds and ends. Steve and his lovely spouse Lila, are both pilots of a TBM Prop Jet. Their homes are in Indy and Sarasota, FL.

At a young age he bought an Arby’s franchise and recently sold 34 Arby’s in 2 states. He was the primary founder of Noble Roman’s Pizza, a chain of restaurants that he assisted in taking public.

Steve was a “turn around” President of the famous Steak ‘N Shake chain in the late 1980’s.

His most notable achievement was his purchase of the iconic St. Elmo Steak House in 1986. St. Elmo is in the top 25 of the highest volume restaurants in the USA. Huse Culinary now operates 4 other very successful restaurants, all of which are multiple award winners.

He and Lila work hard, take risks and prosper so they can enjoy exotic cars!