Ben Gay lll is back to talk about doing time, Charles Manson, the madam who's parlor the UN was formed in, astronauts, THE CLOSERS, Og Mandino, starting the 800 number industry... Audio available at jeffsterns.com Ben Gay III is one of the best-known...

Ben Gay lll is back to talk about doing time, Charles Manson, the madam who's parlor the UN was formed in, astronauts, THE CLOSERS, Og Mandino, starting the 800 number industry... Audio available at jeffsterns.com Ben Gay III is one of the best-known and best closing ratio sales people in recorded history! Ben has worked with, trained or been mentored by many famous, legendary people. Ben's book series based on THE CLOSERS had sales numbers past 10 million...20 years ago and still counting! Ben is it tremendous and gifted storyteller. listen to this episode I'm sure you will be mesmerized! Deals on Ben's books: stores.ebay.com/ronzonebooks https://www.linkedin.com/in/bengayiii/

Unknown Speaker  0:00
But I kept thinking that my attorney did not dissuade me. I kept thinking, well, at least I know the worst it's gonna be three years do either one to two years. That's the way that system work then under what's called Old Law. And I figured, okay, well, we'll have to do one or two years. I stand up in front of the judge, Judge Milton Schwartz, who has gone to his just reward and I'm confident he's looking up on us now. From his, from his, from his place, I got in front of him. And he said, Good morning, Mr. Gay, I said, Good morning, Judge Schwartz, we've had full month, for a year, we've been eating dinner in the same cafeteria and, and it wasn't like, he didn't know me and have some idea that maybe I was a pretty good guy. He said this. You're one of the smartest people I've ever met. And I'm thinking, Oh, he's gonna give me a testimonial dinner. What a tremendous waste of talent. So I hereby sentence you to 15 years. And I remember looking at my truck glance at my attorney thinking, did he just say 15 years or months or whatever, which meant do five minimum or 10 maximum, depending on your behavior? And I thought it was, it was hard for me to take in. But I couldn't register it right. It's no, it just didn't make any sense based on what really went on. So off I went a few months later, I myself surrendered to the front gate and began what turned into six years, one month, one day and two hours, instead of five years would be the memo I have to do. But the mistake I made it wasn't because I led a good life while I was a as good life as you can have in prison was Iran, first their educational department. And then I took over the regional warehouse, which meant everything the prison system, bought, used, received on the west coast, basically, of the United States, went through my office and crossed my desk. And I redid their systems, I turned it into a business word it just before then, typical government operation run by inmates who weren't trained to do what it was none of it ever run a big business. So I found out later from some friends of mine who are a correctional officers who several of those remain my friends to this day, that I had made myself too valuable. When it came time to meet with the parole board and all, at least one of my friends went in and said, Can we hold him a little longer until we get the systems where we all understand what he's doing. So some portion of the extra year and whatever was based on I did too good a job.

Jeff Sterns  2:54
Like the salesperson that can't get promoted because they don't want to lose the sales. They he doesn't they can't put them in management. They can't let you out because they can't lose your production or your processes. Oh, yeah,

Unknown Speaker  3:05
exactly what what you read about in business books. How amazing and I was a counselor to many of the correctional officers one had a wife who also worked at the prison. She had an affair with a guy and with life without possibility of parole. He sat beside my desk and I cried and I counseled him for weeks. I approved overtime for correctional officers. If the real boss wasn't around, if I initialed it in the lower right hand corner put in bf t three than when the real boss came by. He just signed it. So if you wanted to work overtime, all you needed when my initials. So it was a an interesting situation. And the average inmate gets $30 gotten 25 of it is they would have gotten if they sat in their room for so they can have soap or whatever they need. I was making five $600 a month, which was you know, it may sound silly to you and me in prison five or $600 a month. It's more than you can spend. you're limited to $200 a month the commissary so under that program, you got to save 400 a month minimum. So it's an interesting experience. But Jeff All I did was I took what I've been doing my entire adult life and took it to prison. And the there I taught sales and marketing public speaking I got p i got hundreds of people there g DS. If you're not in California, I don't know if that's a national term or not. It's a high school equivalency. I taught people how to read I taught them how to write. I wrote things to the parole board for them to the at one point for about a year or so. almost anyone in the prison who wanted to write to the warden with some complaint came to me and I wrote the letter form or edited what they had written. Then it went into the warden. And it came to my desk with a yes or no in the upper left hand corner from the warden. So it was my job to write back to the inmate, generally speaking, that his requests had been denied. So I argued forward, and then I told him no, and if he wanted to appeal, I wrote back. It was, it was like a science fiction movie where I was writing to myself, I don't think the inmate couldn't frequently couldn't understand what I asked for. And the warden didn't care. The answer was no. So I had to turn no into a full page letter.

Jeff Sterns  5:38
So Ben, when you're you were doing these classes and public speaking and helping people. Were there common rooms or the lunch room or something where you were putting on your seminar?

Unknown Speaker  5:51
Yeah, the dining hall was another. There was another building that that was sometimes used if something was going on in the dining hall, but we'd have at Lompoc 100 200 people a night in the on the teaching nights at San Quentin that was bigger. But yeah, so we just use the dining hall.

Jeff Sterns  6:14
So you're in the dining hall. I'm trying to picture this with your whiteboard or your overhead projector or chalkboard and chalkboard yeah chart okay. And, and handouts and people showing up at the prescribed time etc.

Unknown Speaker  6:30
Right? Let me show you one who showed up that's one of my you know, if you want to say what good did you do? Look at this, that slum Lamont Bowens, we Gigi and I unofficially adopted him. Don't let your past hold you back. The night I met him, he came to the public speaking, we're scared to death. He was a high school dropout. That's assuming he ever dropped in. I don't know that he went to high school at all. I never asked him but I know he didn't graduate. And today, he's a practicing attorney. He has three offices, one on the East Coast, West Coast and one in Texas. He's up for a judge ship. And doing extremely well, his plan before he came to public speaking, public speaking, Jeff is one of my secret weapons. It gives people cut if they're never going to give a speech in public again, after they leave the class or maybe only have their rotary club or their church doesn't make any difference. It gives them a confidence that they didn't have before they did the most scary thing they can do speaking in public, supposedly, I don't understand it because I love it. But is the number one psychological fear ahead of death by fire. So that's what the studies have shown. I've read it numerous times.

Unknown Speaker  8:09
Yeah. Yeah. I'm more comfortable standing in front of 5000 people with a spotlight on me than I am in my living room at Thanksgiving making small talk with G's relatives. I'm at home on a stage can't wait to get on. People see me off to the side. But as I'm being introduced, and I'm, you know, doing this to say you nervous, I said no, I'm waiting for him to shut up so I can get on. You're excited. This is what I do. But when you can take somebody like Lamont here, here was his game plan. He wanted to get out of prison, stick up somebody get three or $400 to finance his way back into the drug business. That was his life plan.

Jeff Sterns  8:54
So he was looking for steak money to get started.

Unknown Speaker  8:58
Yeah, with drugs. And the public speaking class. He heard good things about it. But he shuffled his feet and didn't come for a couple three months before he got up the nerve. And then he took to it like a duck to water. And that's what he does all day, every now he speaks to juries and so on.

Jeff Sterns  9:18
On our last visit, this is the fellow that you and your wife adopted that you sign for him on a couple of student loan guarantees or something. Yeah,

Unknown Speaker  9:28
we we guaranteed his college tuition, and then we guaranteed his law school tuition. And when he called a few months ago and said I need another letter of recommendation, I said How much is this one going to cost me and let me put a footnote on there. We've never had to pay a dime. He's paid everything. So I've never been called in so it didn't cost anything to look like a good guy and guarantee the loans. But then he called and said I need dad. I need another letter. Recommendation I said How much is this one gonna cost me? He said nothing. This is a judgeship.

Unknown Speaker  10:07
This has been Jeff Sterns connected through cars. 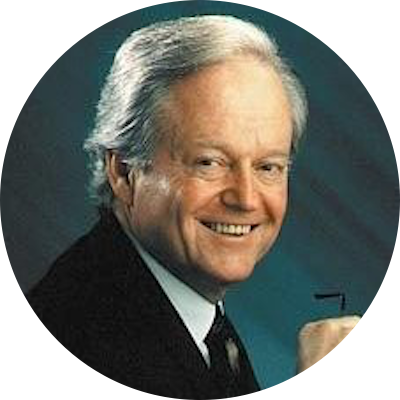 Ben Gay III has been called a living legend in the sales world.
After 50+ years in professional selling, he has been the
#1 salesperson in every organization in which he has worked.

At age 25 he was president of what was then the world’s largest
direct sales/network marketing company, having been personally
trained by fellow sales legends J. Douglas Edwards, Dr. Napoleon
Hill, Earl Nightingale, William Penn Patrick, Zig Ziglar and many
other sales giants.

One of the most famous, popular and powerful sales trainers
in the world, Ben now writes/publishes/produces “The Closers”
series of books/audios/videos/newsletters/teletrainings/live
seminars, a series that is considered to be “The Foundation of
Professional Selling.”

Ben was the founder and is the current Executive Director of The
National Association of Professional Salespeople.

Ben and his lovely wife Gigi live near Lake Tahoe in the little
Northern California town of Placerville, California – where the
California Gold Rush began!