Unknown Speaker  0:00
Then from there, went to the east coast and worked in Philly and New York, and met a guy by the name of Howard Stern. And the rest is history, Howard to have the chance to work with him for 26 years and building out his brand. It was just an incredible experience. The people I met the things I saw the learning experiences, it was just absolutely phenomenal. And I'm glad I had that chance to be on that rocket ride.

Jeff Sterns  0:27
So howard stern for over 20 years, were you in the studio when some of the crazy stuff was going on? Oh, sure.

Unknown Speaker  0:35
One of the craziest things was, Oh, my God, I would get in the office at about five o'clock in the morning. And we kind of I'd go through the rundown of what was kind of happening for the day and answer some emails. And my first call was a to our corporate counsel. So we could go over, you know, what was going to happen, and just kind of this is going on, this has to happen in this guest this, this whatever they Okay, check off. And one of them was Steve o from the jackin, jackass guys. And he came in, and he said that he was going to go in the studio and light himself on fire, and I'm like, Oh, God, and do a backflip. I'm like, Oh, please, Dear God, I said, Steve, you can't please, you can't do that. You know, I says, we have a lease. You know, this is a company with a $6 billion market cap at the time, you know, and we can violate our lease by you doing something like that. There's no Pyro, there's no insertion, there's, you know, no drug use all that kind of thing. So I turned my back, he went in the studio and lit himself on fire and did a backflip, and I went up. So, you know, it was, it was fun. It was great. But I just didn't need that to happen on my watch.

Jeff Sterns  1:42
So like every day, part of your routine was calling the company attorneys to talk about what was going to happen today and get clearance.

Unknown Speaker  1:49
Pretty much pretty much yeah, just so they knew they were aware of it, and that we were covered with releases and so forth. And, and Howard is really a buttoned up shop, you know, when you look at all of the things that have transpired around the, you know, in the media business with like, Guys like Charlie Rose and Matt Lauer and, and Les Moonves, and so forth. And you'll look at Howard Stern, where we had every you know, freak, and this that the other thing stripper and all that kind of stuff on the show, and never an incident, never an infraction, never an HR issue. I'm very proud of that, as Howard is, and we just ran a good, tight ship, you know, ran a good business.

Jeff Sterns  2:29
You know, now that you mentioned it, and you mentioned the names that had issues and allegations or lawsuits or whatever. And you say, and Howard Stern never had any of that. God, you couldn't imagine more of a lightning rod or a magnet with what he was doing. What do you think the distinction was? I mean, do you think it's because that's what he was about. And if you were on his show, you're already kind of signing off on a sexual harassment For example,

Unknown Speaker  2:54
I think that, you know, Howard is a very smart, articulate broadcaster and business person, you know, just, we just didn't settle for any bullshit, it was, we were there to do business, and we were there to work. And there was a professionalism and an error about the business that permeated, you know, throughout every department, and we were, we all took pride in it great pride in it. And it showed and that's why the results are, you know, the proof is in the pudding. I mean, he was had an extremely successful run.

Jeff Sterns  3:26
Absolutely. What about FCC, and he interesting running,

Unknown Speaker  3:29
I didn't deal with it that much. You know, as far as other than the language, you know, things on terrestrial radio, we all had to deal with that, you know, the seven dirty words, we couldn't say on terrestrial radio, which really propelled Howard to leave terrestrial radio and go to satellite radio, where there was more freedom, more creative freedom. And that was, that was the challenge, it really was to protect the license. My job as others in the station was to protect the license. That was the number one, you know, a primary focus of everyone is to, you know, protect the license and generate revenue and, and stay within FCC guidelines and so forth. So, but we were good at it. We, you know, we knew what we could and couldn't do, and we did took precautions in order to make sure that we were proactive and not allowing anything to happen. So, so it was it was buttoned up.

Jeff Sterns  4:21
So I gotta ask, you got to know Howard for his 20 year 20 some odd years with him. You've known me for as long as you've known me, given the same set of circumstances who would have been better God, 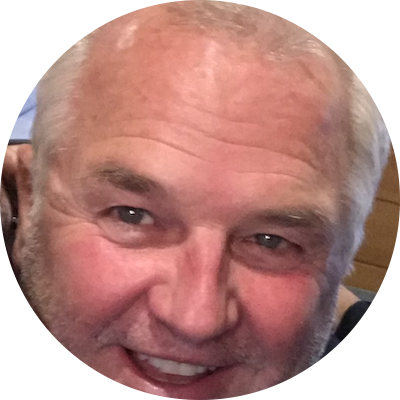 TIM SABEAN
CO-FOUNDER
Tim Sabean is a pioneer, an impact-driven, proven leader in the business and media world. Sabean served as Senior Vice President (SVP) of Digital for Westwood One building out their digital assets and creating the fastest growing Podcast platform in the industry, and the SVP of the Howard Stern Channels, establishing the two most successful entertainment channels in Satellite Radio History. Sabean is one of the premier innovators in business, a powerful “change agent” that is actively applying his extensive expertise and innovative, evolutionary spirit to spearhead numerous business partnerships in emerging media, technology, and beyond!