Transcript: To you, Victor. Building a lasting legacy is the highest level of success? Absolutely. Absolutely. You know, we talked, we talked about the timeline a little bit earlier, when you're 20 years old, and the things you think about and you're 30 years old, but things you think about 40 years old, and then all of a sudden, you're you're in your 40s. And you start to realize what's important. And some people call it the midlife crisis. But it's like the question I remember, I was at a dinner in Sarasota and Bill Clinton was was there. And there was a moderator. And so he's, he's going to answer a few questions before dinner. And so the moderator asked Bill Clinton, you know, 50 years after you after you've passed? How do you want people to remember you? Or now the question was, what do you think people remember most about you? And, of course, the whole room last, because you know, everyone's probably thinking of something about the blue dress. I don't know why they laugh, but everyone just kind of laughed, and they'll laugh a little bit and answer the question. And he said, Percy total joke, you know, he's a very charismatic guy. And, yeah, you know, they could think I'm a tiller the hunt, as long as they're thinking about me and 50 years, and everyone laughed again, it goes now, but seriously, says, he starts talking about some of his initiatives. And he talks about his position as president and how some of the decisions that he made as president, you may not see the reasoning behind it until 25 years after he's in office. So, you know, he just he just talked, but hopefully, his legacy was one strong enough that people remember him for the positive things he did to shape America. And so it kind of makes you think, you know, when you get asked that question, the work that you do the money that you have, what's it worth? What do you want it to do? Or say, when you're gone, because clearly, you can't take it with you. And so it made me start looking at my nieces, my nephews, my children, now I got two granddaughters, to see what can I do in their lives, so I can affect the couple generations with what I've learned, and what I can teach them. And so some of the businesses that you see that I run, it's not because I got bored one night, because I got tired of 15 hour days, and I want an 18 hour day. A lot of that had to do with the fact that my you know, I have a daughter who's an artist, or, you know, I have a daughter who is a finance major. And so I've been involved in different business projects, to help build their legacy. So when I am gone, I can be a part of that process to make sure I'm leaving something behind that, you know, my family can continue to develop and grow and benefit from, and they can begin to build their legacies. So a lot of people miss that part. A lot of people just continue to push themselves at 100,000 miles per hour personally, until they drop until they can't take it anymore. And it's a lot easier to build success when you're building it with and for someone else, because you're not doing it by yourself. And so that's another way that I'm able to I guess you could say, build and grow some of the things that I do because it's not just for me, and I'm not the only one doing it. There's individuals that it's bigger than me. So it's fun. It's that energizes you clearly. Absolutely. So I'm just going to ask you about like, for example, white privilege, and all of this stuff going on. Is this okay to talk about? Sure. Okay, because today's show was brought to you by aisle. It was brought to you by affirmative action. This has been Jeff Sterns connected through cars 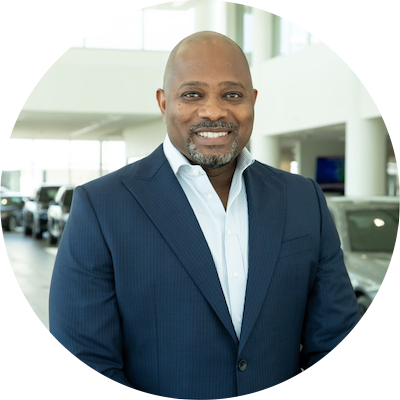